The City of Coffeyville operates under the commission / city manager form of government. There are five elected commissioners, and the mayor is selected from among the commissioners. The mayor presides over meetings, signs official documents and performs ceremonial duties.

Meetings are broadcast live on Cox Cable Channel 13 and streamed over the internet on the City’s website. 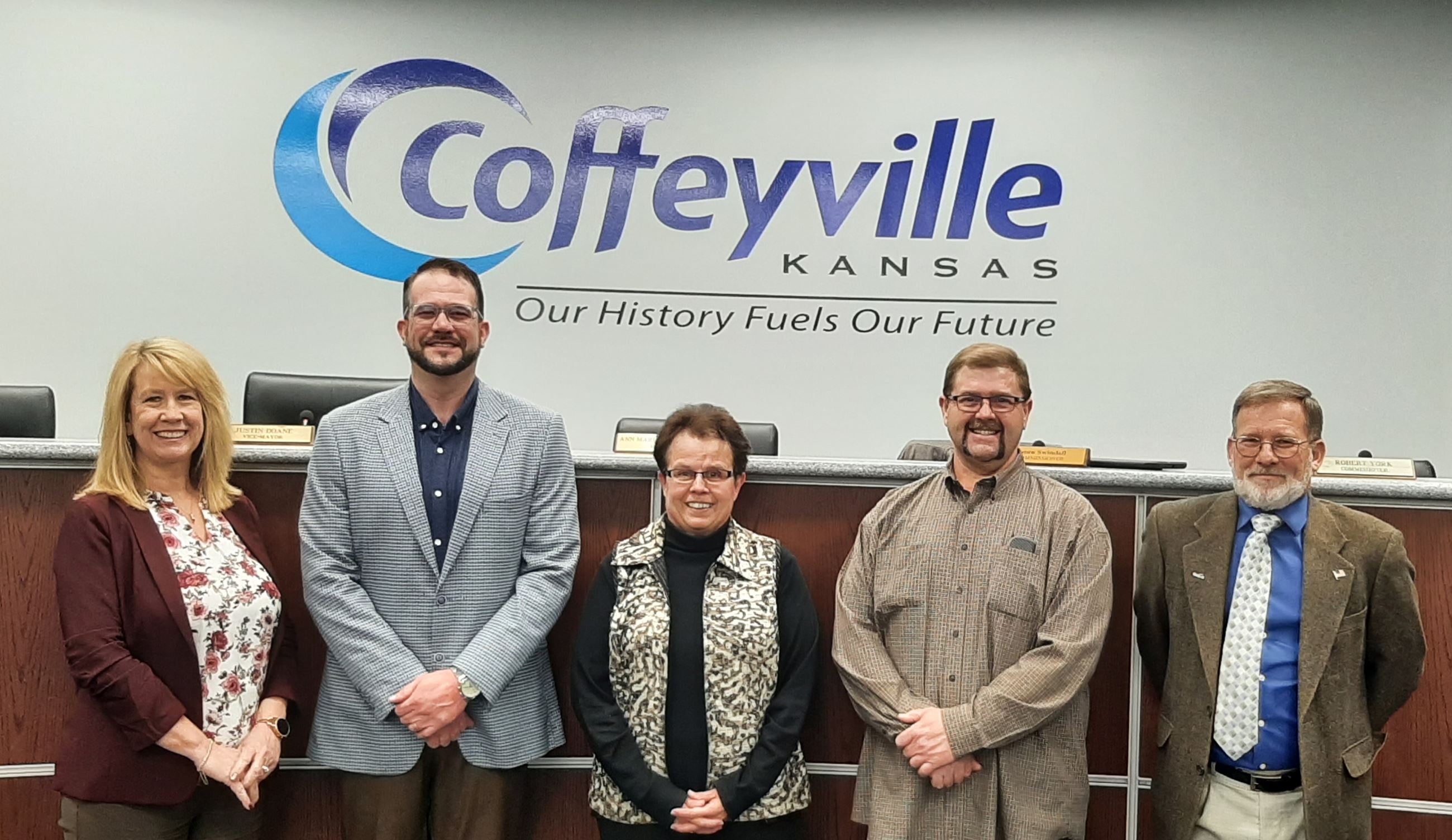