History of the Dalton Gang

On October 5, 1892, the Dalton Gang tried to rob two banks in Coffeyville, Kansas, simultaneously. The gang was made up of Grat, Bob and Emmett Dalton; Bill Power and Dick Broadwell. As the gang crossed the plaza to enter the two banks, the Daltons were recognized by townspeople, who raised the alarm. Citizens armed themselves with weapons from nearby hardware stores and were ready for the gang when they tried to leave the banks. 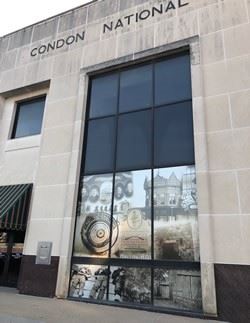 Aftermath of the Gun Battle
In the ensuing gun battle, eight men died and four were wounded. Grat and Bob Dalton, Bill Power and Dick Broadwell were killed. Emmett was severely wounded. Four of Coffeyville's defenders also were killed: Marshal C.T. Connelly, Lucius Baldwin, George Cubine and Charles Brown. Three other citizens were wounded, one of them severely.

Honoring the Dalton Defenders
The Dalton Defenders & Coffeyville History Museum is the realization of a dream of many Coffeyville citizens who wished to honor the defenders. Those who worked to establish the Historical Society understood the importance of collecting items relating not only to the Dalton raid but also to early-day life in this area.

Collections on Display
In the museum are the following collections:

Opening of the Museum

On October 5, 1963, the Dalton Defenders Museum in Coffeyville was opened, dedicated to the memory of the Coffeyville citizens who gave their lives protecting their town.

The museum, owned and operated by the nonprofit Coffeyville Historical Society, is located at 814 Walnut Street in Coffeyville and may be reached at 620-251-5944.